Helping you to find your way Whole

I really wanted to stay in bed. But run 6 of my C2

Walk a mile in my shoes 👞 #fashion #shoes #cre

There’s a chill in the air 🌬 #chilly #autumn

Red Sunday Mood 🍎 How was your weekend? #mood # 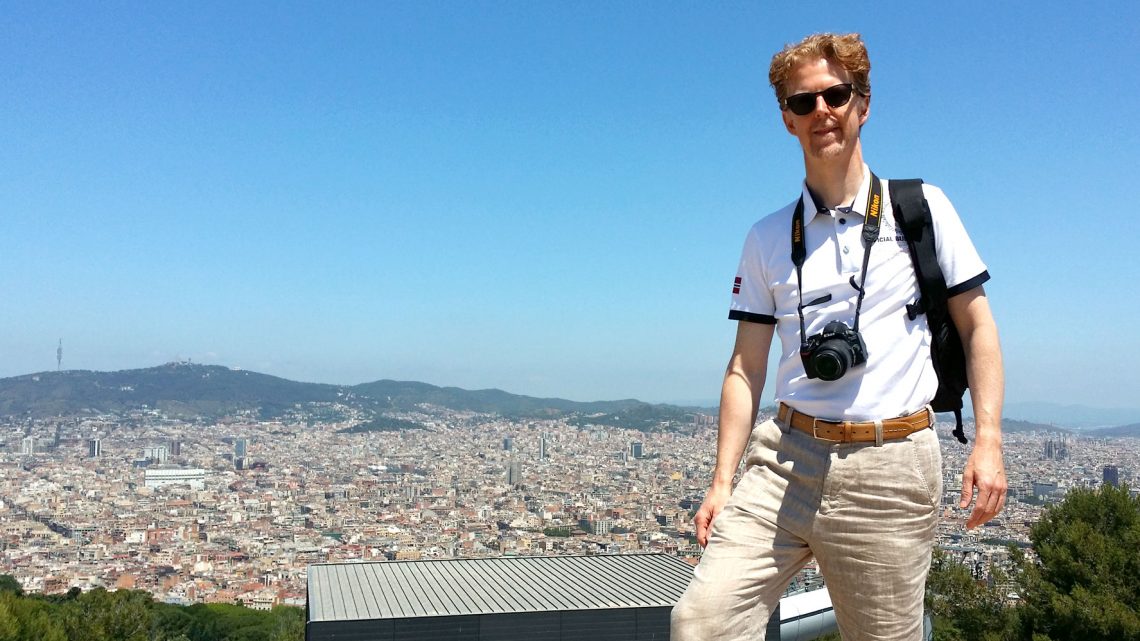 That’s me, in Barcelona back in 2014. I was 7 years into running Meejana, my Lebanese restaurant, and was just about to embark on what was to become one of life’s greater lessons.

Shortly after returning we opened our second restaurant in London and decided that the best course of action was to work 7-days per week to sustain the business. While this is normal for business owners to do, at least initially, after 5 years of doing the same thing with only about 2 days off per year and an average working week of 80 hours, I began to wonder if I was making the right life choices.

So, in late 2017 we decided to open two more restaurants! This time we had a pair of investors on board who were going to be active in helping the group get established and grow locally and internationally. To keep it short, that hasn’t happened. One basically dropped out in 2019 just after launching the two new sites and the other has evaporated into the background.

How the frack did I get here?

I have been asking myself that question for some time now and started to take it seriously in 2018 and increased the number of self-help, performance-related, psychology, business, relationship and mindset-related books I was reading. Fiction fell by the wayside and I started to devour more literature and discover new pathways. I began to understand myself more and, through training from the likes of Brendon Burchard, Dan Lok, T Harv Eker, Vishen Lakhiani, Marie Forleo and Marisa Peer, I started to better understand what makes successful people successful, but also more about the limiting beliefs and unhealthy paradigms the average Joe has which stops them being successful. And that doesn’t have to mean monetary – we’re talking fundamental happiness here.

I’m still on the journey and have uncovered conditioned models of behaviour that I unconsciously picked up from my home life that date back to my infancy, others from my childhood and my early social life, and some more from school. These are tough to unpick as they have been subconscious programs operating on auto-pilot for 50 years in some cases, and they are programs that affect my approach to money, happiness, relationships and every aspect of life.

It’s true what they say about your life and your parents: you don’t really find yourself until they are dead. This may sound a little harsh, but if you are like most people, you will have been conditioned (out of love) by your parents to behave and act in certain ways. They did this because they wanted to protect you but, often unwittingly, they actually restrained you to be merely average at best because that conditioning runs in your subconscious and controls your approach to life.

This website is my journey of discovery, through tools from the people mentioned above to many others in books and general life lessons. These are the things that are helping me become a better human and I hope that they inspire you to find your path, whatever it may be, and to become your own better human too.

If there is anything you want me to write about or cover on this site, let me know on the contact page.

Thanks for stopping by,

We are born brilliant beacons of possibility, but life tarnishes the potential through experience and the conditioning we experience. We develop unconscious programs which limit our potential to live a fulfilling life. Looking inward and facing our shadows is something I believe we all should do, and this is a process I call Becoming Human.

I’m Edward Terry and I started my journey of inner reflection in late 2017. I felt unfulfilled in business and thought I was off since other successful entrepreneurs seemed to be able to achieve things very differently to what I was doing. This revealed that how we do business is a projection of who we are and how we approach life, often on auto-pilot. Our outer world is a projection of our inner world and is affected by what we hold within. This is the holographic principle.

I started documenting my journey, my realisations and the books and tools I read and tried along the way to present my route map to help you reintegrate your own hologram, rediscover your own inner magic and help you illuminate your own world.

Me in Other Places

Find a little of your own authenticity with my Authentic Insider. Join below and I will update you with other insights you won’t see here. No spam. No BS.